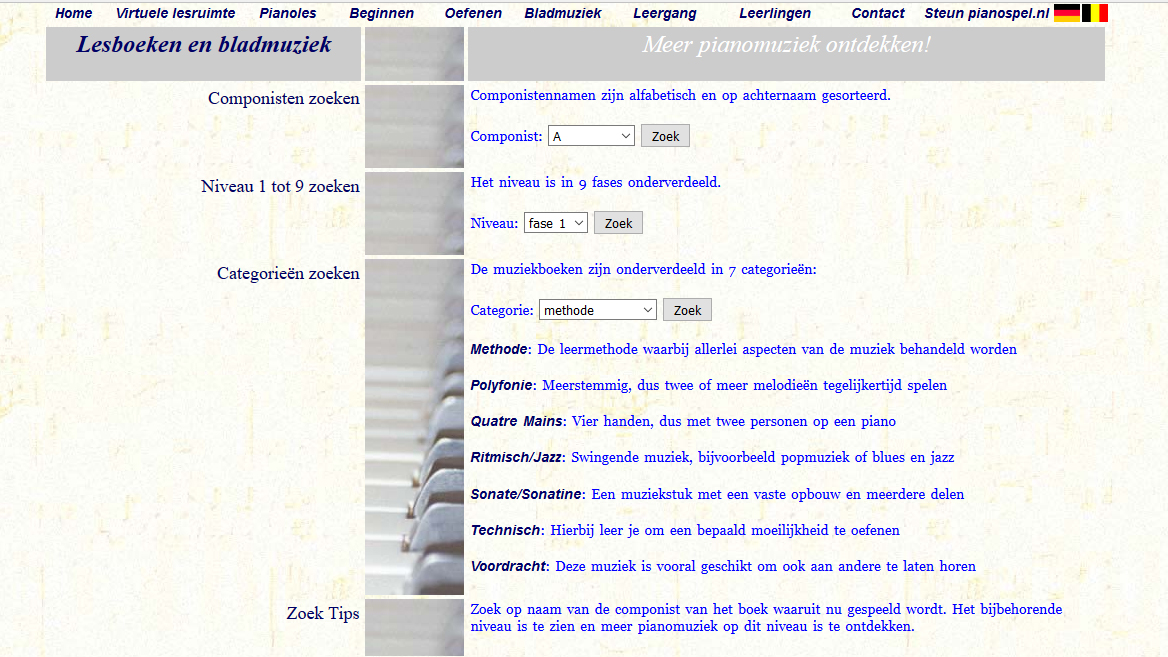 As it turned out, my study path stood on Pianospel.eu from May 15, 2001 to May 22, 2013. I implemented a few changes during this period. I had, in fact, two versions: the database version which I worked on at home, on my computer; and the text-only version, available on line. I updated my database very irregularly –  I would suddenly add loads of books, then nothing would happen for a year. Whenever I updated the database, I didn’t place it online. In fact, the online version wasn’t a database at all, just basic text. To place everything online was just too much work. It meant that I had to type everything over again – and I don’t enjoy repeating what I’ve already done!

A big change came when I reworked the online version from being just basic text to performing as an actual database. Being able to create the pages contained in my study path using a database is a huge advantage; you don’t have to type in everything yourself. And you can also then search within the database.

Consequently, whenever I expanded my study path with the addition of a few books, I could add them online at the same time, merely by refreshing the database. The rest happens automatically. Admittedly, I did have to acquaint myself with PHP scripting and MySQL database management, but this wasn’t too difficult – thanks to our friend Google.

So, I had expanded my study path considerably over twelve years and made it (partly) accessible on the internet. Here (in Dutch only) is the version from December 8, 2012.