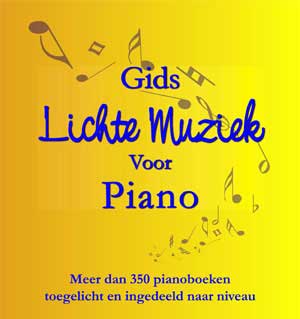 This publication was printed in 2004 and was also placed online. The printed version has not been available for some time and there are no plans to reprint it. The online version disappeared from the internet in 2014.

So, unfortunately, the information contained in this handy guide was no longer available.

On my Piano Book Guide site, in the Rhythmic/Jazz category, I had already included a lot of well-known books, by composers such as M. Mier, J. Bastien, H. Beeftink, P. Wedgwood, H. Vlam-Verwaaijen, M. Schmitz and F. van Gorp. These books were used a lot by pianists and totalled nearly 100 titles.

At the end of 2014, someone (via EPTA) supplied me with all the titles contained in the Gids Lichte Muziek so that I could look them up, see which were still available, and then add them to the Piano Book Guide (which I did in June 2015). So, happily, the information contained in this guide is now available again.

Because of this, the number of titles in the Rhythmic/Jazz category has increased to 277. 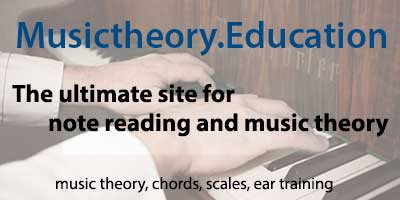